General Complications of Illicit Drug Use in Pregnancy

FASD is an umbrella term describing the range of effects that can occur in an individual whose mother drank alcohol during pregnancy. These effects may include physical, mental, behavioural and learning disabilities with lifelong implications.

FASD is not a diagnostic term per se; Fetal Alcohol Syndrome (FAS) is the most visible presentation and requires the presence of: characteristic facial features, prenatal and/or postnatal growth restriction (including micxrocphaly), and developmental delays. There are a number of FASD-related disabilities, most of which are missed in the neonatal period and diagnosed in childhood or adolescence. No amount of alcohol exposure is safe but there is a general dose-response relationship.

Depression and other mental health disorders in pregnancy can have well recognized severe effects on the fetus: including growth restriction, premature delivery, and fetal loss. Minimal fetal risks to SSRI exposure occur when used with good prenatal care providers.

NAS is a constellation of symptoms that arise after abrupt discontinuation of a exposure to maternal substances, primarily this refers to opioid exposure.

Morphine replacement as soon as possible if symptoms are noted. Escalate morphine dose by increasing daily dose and adding breakthrough doses. Severe symptoms of NAS may require IV morphine use for quicker resolution of symptoms.

Use of morphine in NAS (Figure 3) 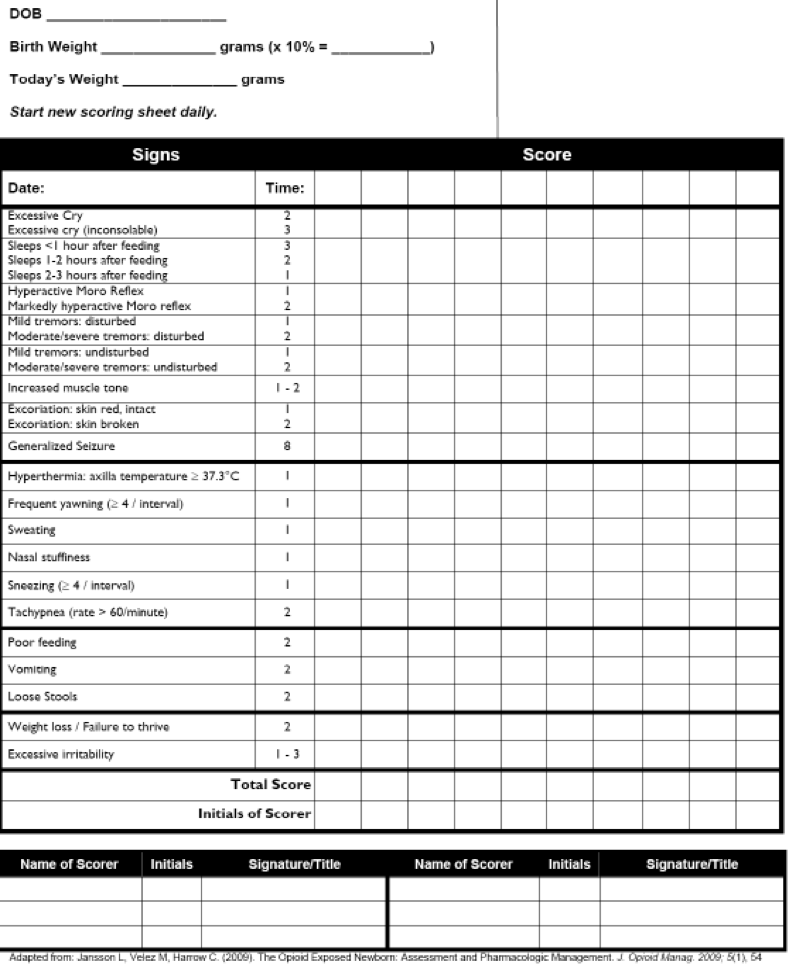